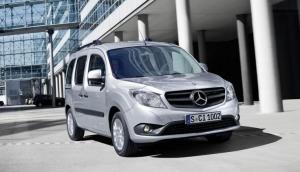 Mercedes Citan sponsors of the Series B

Mercedes-Benz Citan takes the field with the Serie B football championship . The new commercial vehicle with the star, born to the urban transport of goods and people, made ​​his debut as an official partner of the Cadet League in season 2012/2013 alongside the 22 teams that will contend for promotion to Serie A.

COMMON VALUES power and agility, teamwork and passion , dynamism and territoriality are the common values ​​between the Football Championship Series and Mercedes-Benz B Citan.

A share that resulted in apartnership that will see the Citan protagonist in stadiums across Italy , from next staigone MERCEDES-BENZ AND SPORT

„The partnership with the Football League Championship once again underlines the close link between Mercedes-Benz sport, a combination increasingly strong and long established: from the red earth, the green of the great trophies of golf, horseback riding through, at major sporting events live on land starring „ said Dario Albano , Sales Mercedes-Benz Vans in Italy.

„Mercedes-Benz – said the president of the League Championship, Andrea Abodi – is a highly prestigious global brand, which chooses the platform of the Series B recognizing, of course, the ability to represent positive values ​​and rooted in the territory „ .

Thanks to sponsorship in the form of centralized all Championship Cadet, Mercedes-Benz Citan will have full visibility in stadiums where the matches will be played by B. „A unique format for all B teams that will enable Mercedes-Benz Citan to strike effectively throughout the country with a widespread presence in all 21 stadiums „ , said Mark Bogarelli , President of Infront Italy , the consulting firm for the marketing of the cadet championship. 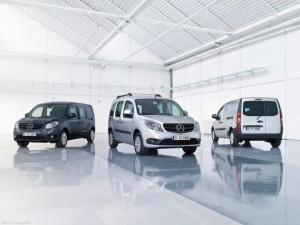